And so the story begins... 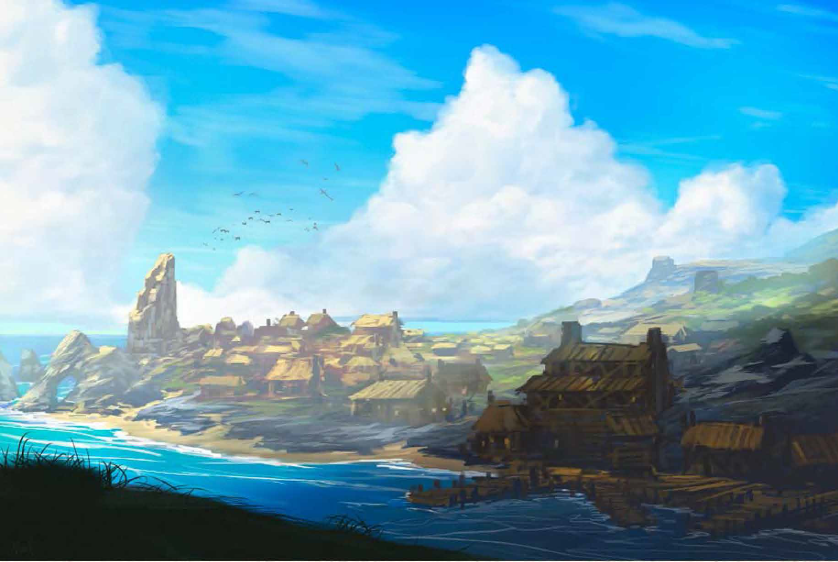 The small coastal town of Sandpoint never saw it coming…

…but before we get into that, let’s go back about twenty years and give you some background. Maybe we will even start this story out with a couple of disasters.

Jervis Stoot was a local eccentric in Sandpoint. What made this man eccentric was that he could “see birds” in the wood of the town’s homes, ships, and wagons. In order to set them free, he had to carve them out of the wood. Sometimes he would wander the streets of town for days until he discovered one. His carving skills were so superb, it became a point of pride to “sport a Stoot” on your home.

His decision to move to an unnamed tidal-island just north of the old lighthouse (“Old Light” as the villagers call it) gave the citizens of Sandpoint pause for concern. They were afraid he would break his neck on the cliffs and rocks of this island. His excuse for wanting to move there was so that he could be nearer the local wildlife birds on this island. To ease their worries for him, the local carpenter’s guild built a staircase into the cliffs leading up to his house so that he could safely come and go as he pleased. Over the course of the 15 years that he lived there, he came to town less and less.

Sandpoint was no stranger to crime, in spite of how small the town is. About once or twice a year, a body would turn up, whether it be some poor accident, or the victim of drunken tempers. But in late 4702 AR, the bodies really started piling up.

The local Sheriff at the time, Casp Avertin, a retired city watch officer from Magnimar, handled the case. During one month in particular, there was almost a death each day. This murderer became known as “Chopper” due to the nature of his murders. Each body was found in the same terrible state: body bearing deep cuts to the neck and torso, hands and feet severed and stacked nearby, and the eyes and tongue missing entirely, having been plucked crudely from each head. Chopper claimed 25 victims that month alone. His last victim was Sheriff Avertin himself when he came upon Chopper in an alley while he was mutilating a fresh corpse. They fought and Avertin died, but not without first landing a heavy blow to Chopper.

Belor Hemlock (a town guard at the time) found both bodies and was able to mount a search that led them to the steps at Jervis Stoot’s house. They feared that Stoot was the next victim… yet they were sorely mistaken. In his home they found the eyes and tongues of all 25 victims, placed upon a bloody altar to a vile demon lord of winged creatures and temptation whose name no one dared speak aloud. At the base of the altar was Stoot’s body, having died after plucking his own eyes and tongue out as the final offering.

The guards collapsed the entrance to the lower levels, destroyed the stair case, and burnt down the house in an effort to forget what they saw. As a precaution against the return of Stoot’s evil spirit, they burned his body on a pyre at the beach, blessed the ashes, and then scattered them.

Just as things started getting back to normal, less than a month after burning Stoot’s body, another disaster struck. Fire engulfed Sandpoint. It started at the Cathedral and spread throughout parts of the town. Afterwards it was determined that the local priest Ezakien Tobyn had burned to death in the Cathedral and the townsolk assumed his beautiful adopted daughter, Nualia, died with him.

Over the course of the next 5 years, the local businesses and homes are rebuilt, and the new cathedral is finally finished. Mayor Deverin and Father Zantus are holding a festival to put what has been deemed “The Late Unpleasantness” behind them and to consecrate the new cathedral.