Vinn Vorson hails from a long line of proud independent farmers. He grew up with a life of hard, honest farm work making him the man he is today. Vinn has no education, and he and his family have no interest in politics. He believes that a man should be honest, keep his life to himself and just let things be.

This attitude didn’t always make friends for him and his family. Aside from people routinely trying to take advantage of their generosity, his lord also had more than a hint of corruption. Tension ran fairly high between the Vorsons’s and the lord who often made outrageous demands of the family.

Late in his teens his village and farm were assaulted on by a group of vandals headed by an unkown sorcerer. Everything Vinn held dear was destroyed. His family murdered, his farm set a blaze. Incredibly Vinn was able to escape with his life.

Today Vinn wanders the world. He stands in at 6’5” weighing 230 pounds of rock hard muscle. His hair hangs unkempt down past his shoulders. His only treasures are his sword and the Eagle Belt buckle of his fathers he was able to recover from the ruins.

You’re likely to run in to him at any Tavern. Having a drink and searching for the group that destroyed his life. Was it his lord taking petty revenge, bad luck and coincidence that the vandals hit his farm, or something more sinister? Vinn’s life is his sword, and his blood is the vengeance he seeks. 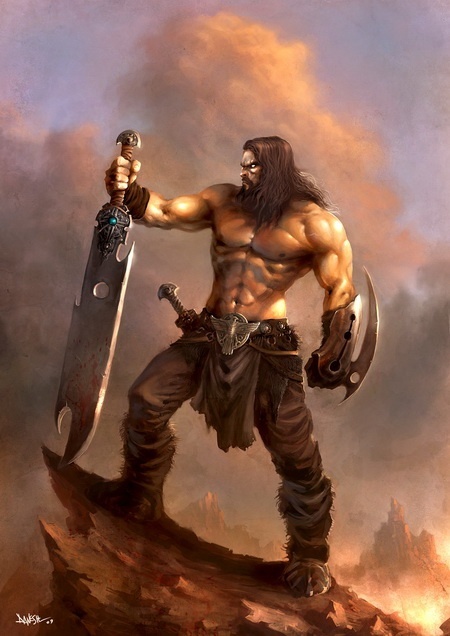